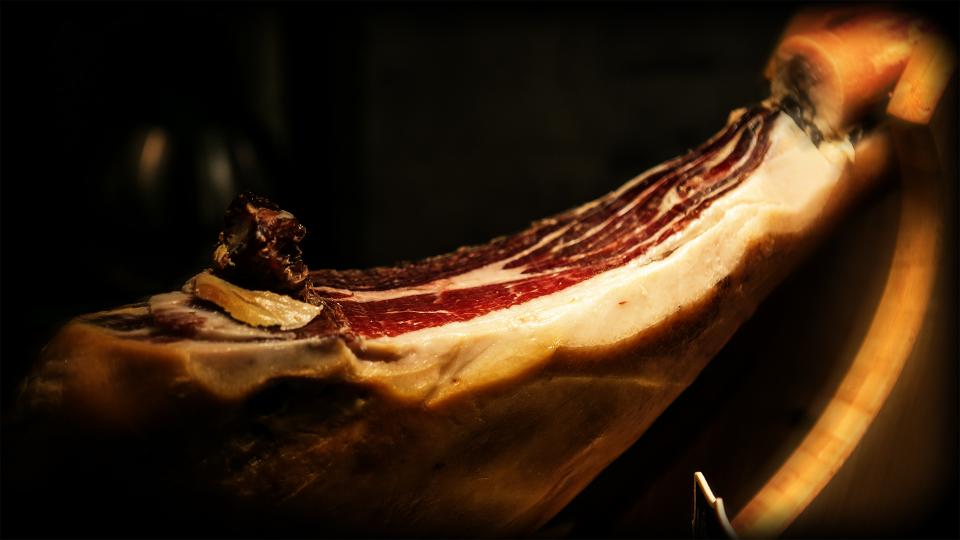 If you haven’t tasted pork lately because you are not a red meat fan (or the other white meat), there are a few changes in the nutritional value of pork, the pork cooking temperatures, and the variety of ways we consume it. The amount of pork the average American consumes hovers around 50 pounds a year.  Although pork is the number one meat consumed in the world, there are some religious restrictions on consumption of pork. U.S. consumption of pork dropped during the 1970s, largely because its high fat content caused health-conscious Americans to choose leaner meats. Today’s hogs have much less fat due to improved genetics, breeding and feeding.

For us dieters, lean pork has a little less total fat than a skinless chicken breast and only slightly more saturated fat. Iowa produces 25% of the American pork supply. According to the Iowa Pork Producers Association www.iowapork.org , even though pork is a red meat, it compares favorably to the fat, caloric and cholesterol content of chicken. A three-ounce serving of pork tenderloin only has 67 milligrams of cholesterol; the same size serving of chicken breast contains 72 milligrams of cholesterol. In fact, eight cuts; including pork rib roasts, rib chops, loin chops, tenderloins, and sirloin chops all have less fat than a skinless chicken thigh.

Some Pork Details – According to the National Pork Board, pork is the meat from hogs, or domestic swine. The domestication of “pigs” (immature hogs) for food dates back to about 7000 B.C. in the Middle East and China. However, evidence shows that Stone Age man ate wild boar, the hog’s ancestor, and the earliest surviving pork recipe is Chinese, at least 2000 years old.

Hogs were brought to Florida by Hernando de Soto in 1525, dubbed the father of the American pork industry, and de Soto brought 13 pig to Tampa, FL where his herd grew to 700 head. Pigs were given to native Americans as a sign of peace. In the 19th century. as America urbanized and people began living away from the farm, “salt pork” — pork that is prepared with a high level of salt to preserve it — became the staple food. Pork has continued to be an important part of our diet since that time.

A Little More Americana History of the Swine — During the War of 1812, a New York pork packer named Uncle Sam Wilson shipped a boatload of several hundred barrels of pork to U.S. troops. Each barrel was stamped “U.S.” on the docks, it quickly became bantered about that the “U.S.” stood for “Uncle Sam,” whose large pork shipment looked to be enough to feed the entire army. Thus did “Uncle Sam” come to represent the U.S. Government.  Another bacon bit — according to the National Pork Producers Council, to stop free-roaming pigs rampaging through their grain fields, Manhattan Island residents built a long wall on the northern edge of what is now Lower Manhattan. The street that came to board the wall was named…“Wall Street”. Pigs were not only used for food, but the skins were also used as leather for everything from sacks to clothing and shoes. Today, hog by-products are used in the production of clothing, shoes, adhesives, fertilizers, bone china, and even pharmaceuticals. As they say, “everything but the oink” is used.

Pork Safety & USDA — Pork is generally produced from young animals (6 to 7 months old) that weigh from 175 to 240 pounds. Much of a hog is cured and made into ham, bacon and sausage. Uncured meat is called “fresh pork.”

According to the USDA antibiotics may be given to prevent or treat disease in hogs. However, a “withdrawal” period, usually about five days, is required from the time antibiotics are administered until it is legal to slaughter the animal. This is so residues can exit the animal’s system and won’t be in the meat. Over the last 17 years, U.S. pork producers have dramatically decreased the need for antibiotics by lowering disease threats through sound herd management and by using drugs correctly and only when needed.

About the Author: Lacie Thrall

Lacie Thrall passed away in early 2017 after a long illness. She dedicated her 35-year career to improving the health and well-being of others by promoting food safety best practices. Lacie worked in environmental health for 17 years before joining FoodHandler in 1997 as the Director of Safety Management. While at FoodHandler, she trained employees and customers on safe food handling practices, including proper hand hygiene and glove use. Later as a FoodHandler consultant, Lacie provided the foodservice industry with food safety information and advice through her blog on FoodHandler.com.

This information is provided as a general guideline and is not intended to be, nor does it, constitute legal or regulatory advice. Additional Federal regulations may apply to your particular circumstances. State, regional and local laws, ordinances and regulations may also apply.